What does the warranty cover ?

What does the warranty on spare parts, accessories and service cover?

All service works and instalation of accessories made by our official representatives and service stations are covered with a 24 months warranty regardless of kilometers.
The warranty covers the replace or the repair of the parts or the accessories and the labor cost.
The above warranty does not cover parts which need replacement due to normal wear.

Where can I find a full equipment brochure for the ecocar ?

You can find a full brocure with basic and extra equipment here:

Where can I buy parts for the ecocar?

What does the service require?

Unlike conventional cars, we initially recommend a check on all points of your car and in case a point needs replacement or work, we will inform you accordingly.
It is recommended to change the valvolines after the first 2,000 km and after that you replace them again after 60,000 km.
Due to vehicle’s low speed the tires should be replaced every 90,000 km .
Please notice that for the waranty period of the two year the service of the ecocar should be executed within our official service stations as in different case the waranty will be obsolite. After the warranty period, service works can be executed on customer’s will.

The main display has a total of 14 icons, from which you can perform a different function.
In system settings you will find the following 4 functions groups :
1. Video Settings
2. General Settings
3. System Information
4. Sound volume adjustment.
In addition, Bluetooth connectivity is available for phone calls, recording the call, playing music of your choice, and many more.
It has a USB port and an SD card for photos and video.
There is a radio with stations memorizing feature.
There is also a GPS installed for easy destination guidance.
There is a calendar with the feature to save events, a calculator and two games as well.
The screen is compatible with all known Media Player formats: mp3, mp4a, mp4, wav and wma.
It is recommended to you use Windows Media Player to convert files.

What type of batteries are suitabale ?

What is the battery’s actual life?

According to studies, the battery life is 3-4 years or 25000 – 30000km.
Of course these numbers vary depending on the use of the battery.
We strongly recommend to avoid fully discharge of the battery and charge the car after use.
Time and way of charging
If fully discharged then it requires 5-7 hours for a fully charge.
For full discharge it is necessary to travel an average of 100km.
To charge the car you can use a simple socket of 230v (single phase home-type).

What is its power consumption?

It is estimated that a full charge will cost you 1 €.

What if the battery runs out while I’m on the road?

You should not allow the battery to run out nor to travel longer than the recommended mileage.
If the battery is fully empty, you can call for road assistance.

Are the batteries recyclable?

Yes they are and either our central service station or one of our official representatives can help you for that. 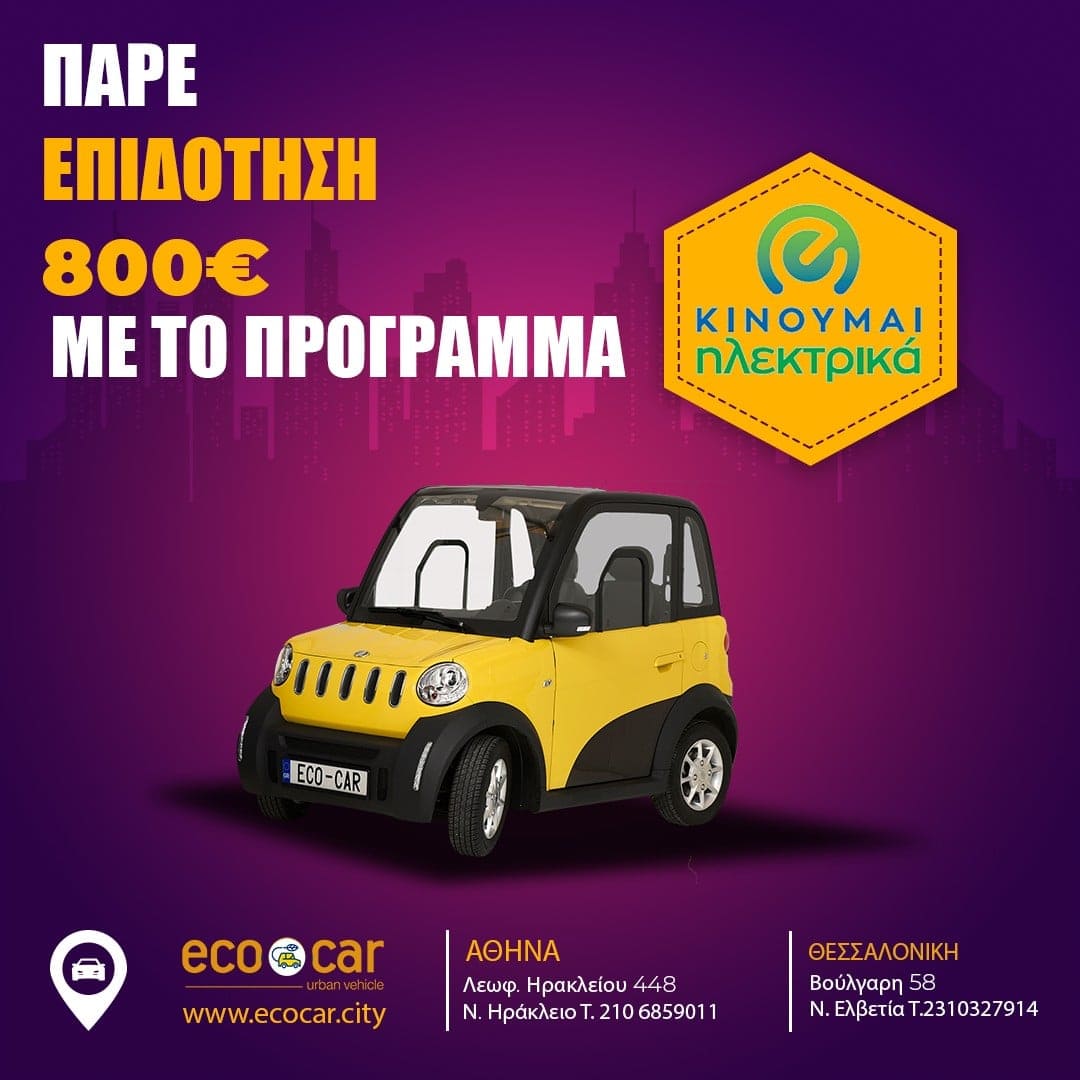